For several years I suffered with arthritis in both of my hips. However, for reasons that now seem ridiculous, I put off hip surgery. I just did not feel comfortable having the surgery. I seemed to have some underlying nagging doubts. Through a series of very interesting quirks of fate I found myself at Memorial Bone and Joint Clinic. Looking back I realize that I was fortunate to have waited. The doctors I had gone to before did not do the anterior approach. First I met with Dr. Zoran Cupic, Dr. Kreuzer’s associate. He confirmed that my hips were now down to bone on bone. This would explain the terrible pain I was in. My left hip would lock up. It felt like the thigh bone would get crooked in the hip joint and get stuck. When this happened the pain was excruciating and I was paralyzed. I literally saw stars and there was nothing anyone could do to help me. This had been happening four or five times a day, even during the night when I was laying still. Dr. Cupic told me about Dr Kreuzer and the new anterior hip approach. I must say that I was immediately at ease with the idea.

I felt so comfortable with Dr. Cupic and Dr. Kreuzer. It was obvious they knew what they were doing. I scheduled the surgery for my first hip right then. Dr. Cupic assisted Dr. Kreuzer in my surgery. We did my left hip first since that was the one locking up. Everything went smoothly and they had me up walking with a walker that same day. Five weeks later I had the same surgery on my right hip. This time the recovery was even easier because I had two new hips. By the third day, I was taking pain medicine only at night. Every day that went by I improved. In a few weeks I was walking with a cane and a week or so after that, I was walking on my own – PAIN FREE!! Dr. Kreuser and Dr. Cupic gave me my mobility back. I will be eternally grateful. But our story does not end there. A month ago my husband went to Dr. Kreuzer. He has had a bad back for years. However recently his pain had intensified dramatically. He had a bad right hip. His hip was down to bone on bone and that was the reason for his increased pain. Before surgery he could hardly walk and he could not straighten up and stand erect. Dr. Kreuzer performed the anterior hip approach on him. Again Dr. Cupic assisted. My husband’s recovery was even faster than mine. He was concerned about returning to work as quick as possible and he asked Dr, Kreuzer’s assistant, Kevin about going to a rehab facility for a few days. Well, as it turned out, not only did he not have to go to rehab. He was doing so well he went home the next morning. He was in the hospital only one day. He came home on crutches and after two weeks moved to a cane. He is back at work and doing great. It is truly remarkable what these doctors and their associates have done for us. Dr. Kreuzer remarked to us that we were his first “husband and wife team”. To anyone that is hesitating doing this procedure I say don’t wait. You will be truly amazed. 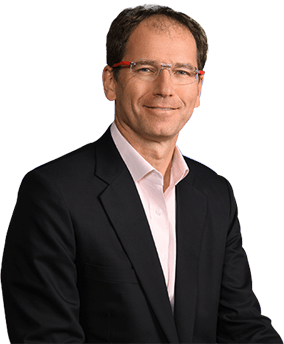